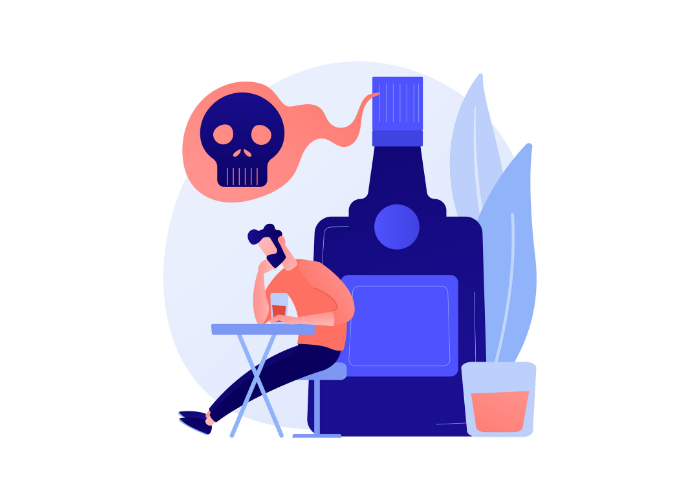 Knowing What Is a Substance?

A substance is a psychoactive compound that, due to its chronic and recurrent usage, has the potential to induce health problems and addiction.

These drugs could be legal, such as alcohol or cigarettes, or illicit, such as cannabis, cocaine, heroin, and controlled pharmaceuticals, such as codeine derivatives, which can only be consumed with the advice of licensed practitioners in the event of medical issues.

Substances are divided into seven categories based on their behavioral and psychological effects.

Recurrent substance use can alter the way the brain works. These alterations can remain long after the substance’s adverse reactions have worn off, or after the intoxication stage has ended.

The intense pleasure, euphoria, tranquility, enhanced perception and sense, and other experiences generated by the above-listed substances are known as intoxication. Each substance has its own set of intoxication symptoms.

DSM 5 Criteria For Substance Use Disorder

The following are some of the indications, symptoms, and behaviors linked with substance use disorder that is depicted in the Diagnostic and Statistical Manual of Mental Disorders, Fifth Edition (DSM 5):

DSM 5 Justification for Substance Use Disorder

Psychoactive active chemicals that activate the reward system in the brain are those that cause substance use disorders. The joyful and satisfying sensation that people experience after consuming such substances.

This is why some take drugs repeatedly merely to get “high,” which is defined as an overwhelming feeling of pleasure that interferes with a person’s ability to carry out daily duties.

According to the DSM 5, not everyone is equally prone to substance use disorders, but persons with inadequate self-control, a family history of drug use, and a variety of stresses are more likely to use these drugs.

By describing the symptoms, DSM 5 also provides a guideline for determining the severity of substance use disorder to clinicians.

There are numerous stages of drug use that teens swiftly choose, especially when it leads to obsessive drug use.

The stage in which peers experiment with drugs for the purpose of having fun and enjoyment while rebelling against their parents and other authoritative figures.

The stage at which people begin to use drugs more frequently to deal with work-related problems, financial problems, and other stressful events.

Individuals become entirely reliant on drugs, become suicidal, suffer legal issues, cut links with family and loved ones, and lose control over their drug usage at this intense phase.

Mental Health and Substance Use Disorder

Both illnesses are prevalent and recurrent, but they are manageable if correct treatment is sought in a timely manner. Both substance use and mental health problems alter brain function, affecting your mood, thinking pattern, actions, and mood. Treatment and counseling are essential in allowing a person to live a normal life and accomplish daily tasks.

The National Institute on Drug Abuse (NIDA) lists the following mental health problems as co-occurring with substance use disorders:

Some mental health conditions, such as anxiety, depression, and PTSD, compel a person to use drugs as a form of self-medication to achieve a relaxing effect, according to studies.

Although such medications momentarily alleviate mental health problems by stimulating a person’s rewarding system, they have long-term negative repercussions. Individuals are compelled to use these medications more frequently due to the pleasure they provide.

According to studies, behavioral therapy has also been reported to assist you in understanding what triggers your situation and learning techniques to combat mental health and substance use disorders.
Make an appointment with a mental health specialist now if you are unable to quit using a substance, are engaging in risky conduct, are experiencing withdrawal symptoms, or are suffering from co-occurring mental health disorders.